#1
First use of Flash-based software to generate cross stitch pattern. Commissioned and owned by Lisa Pepper-Satkin.

The photograph was provided by Lisa Pepper-Satkin. Lisa and I used to see each other at the coffee shop in the morning. Lisa is an artist and Executive Therapeutic Coach (http://lisapeppersatkin.com, https://myheartykid.com). We were comparing notes about past projects, and I showed her a counted cross stitch piece I had done in 1982-86. In that piece, I had selected a range of sepia colors to represent the shades of gray in the original (1981) computer photograph. In the conversation I realized that I could write software that would convert colors of a photograph to colors of embroidery floss. As I discussed my ideas I jokingly told Lisa that I would need a commission to get the project started. She seriously responded that she would pay $350 (if I recall properly).

Started in 2012 based on early morning conversations with Lisa Pepper-Satkin in the Peet's Coffee Shop in Novato, California. (Not the current Peet's on Redwood, but the former location on Grant where Tagliaferri's is now.)

While I was working this piece I discovered a typo in my computer code. My program "knows" all 454 colors of DMC embroidery floss. I "taught" my program the colors by typing in numeric values for red, blue and green. I made a mistake describing a bright yellow color and told my software it was a medium flesh-tone. When I started working the incorrect color I assumed that it must be right until the error became obvious. I made the correction in my code and created a new pattern. The new pattern replaced the previous incorrect color with two or three colors. 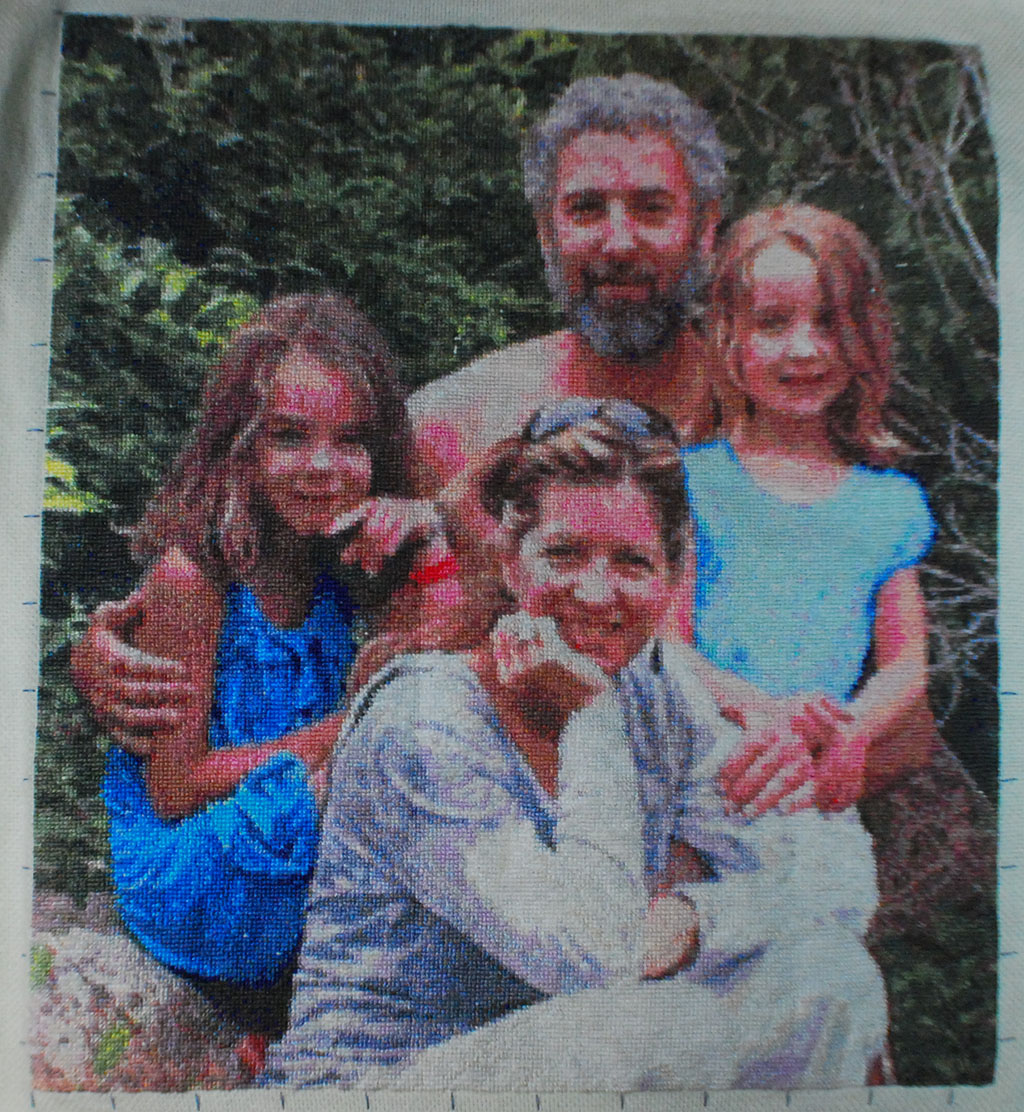