#7
Good long story around this one. Started as a commission.

One morning a man appeared. I think I can be forgiven for having taken close notice of him. He wore a hat with floppy rabbit ears and a string attached that allowed him to "perk" his ears. Which he used to punctuate his speech. He wore very brightly colored, mismatched socks.

I was working on Celtic Mandala at the time, and he took notice and admired my work. He introduced himself, gave me his card and said he'd like to commission a piece like the one I was working, but with the color changed (he wanted the orange parts to be pink). He asked me how much? I hesitated. He added, "And I want to tell you, I'm certain that I'd be willing to pay more than you will ask. I said I'd think about it and get back (his email address was on his card).

I had often thought how much money would make it "worth it" to stitch for the money. The figure that kept coming to mind was between $7,500 and $10,000 for a piece that would take me four months to complete. That's about 400 hours of stitching, or $25 an hour. (Also, that would just about exhaust any energy for other creative efforts.) So, when I'm asked for a quote from someone with whom I have no history, I take the figure I would be willing to work for and double it. I told him that I would do his tapestry for $20,000. 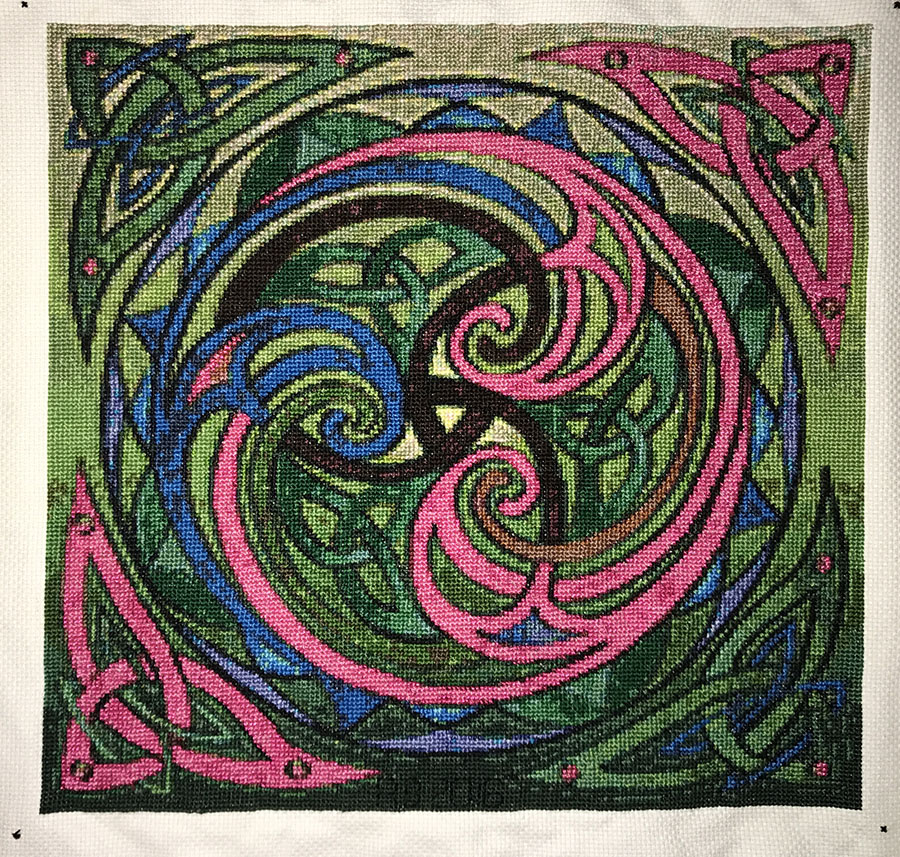